Site Selection Magazine, one of the leading magazines for the economic development industry, has recently named the nation’s top-performing micropolitan areas. To be considered a micropolitan area, a city must have a population between 10,000 and 49,999. Based on the number of projects the communities landed, Bainbridge has fallen among the top 50 percent of this list at #21.

Based off of new construction, renovations or expansions to existing industry or new leases in the area, Bainbridge reported 4 projects within this criteria in the year 2020. 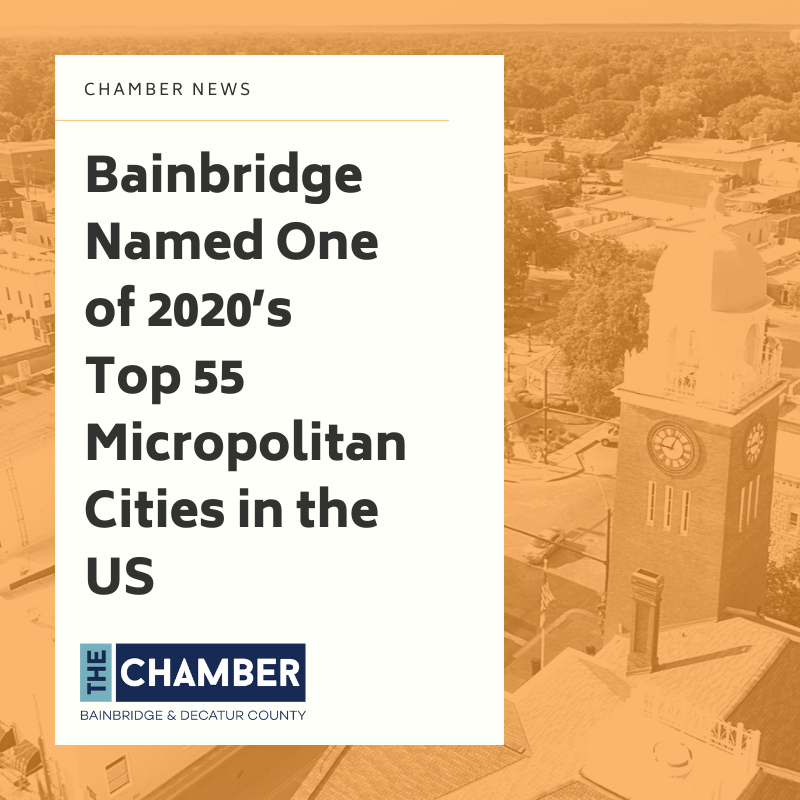 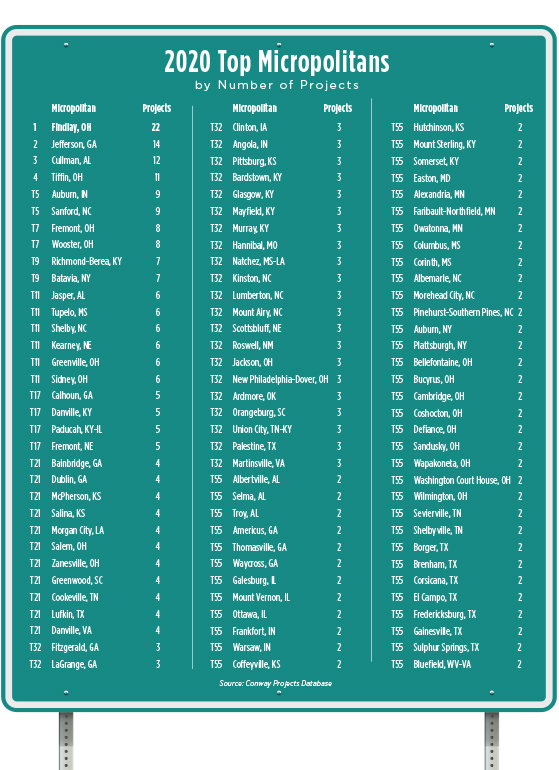 Find Bainbridge listed in the bottom half of the first column.